After the World Health Organisation (WHO) recently published the first-ever global report on Artificial intelligence (AI) in health, Quadrant Health identifies the key takeaways including cybersecurity and effects on the environment.

It is undeniable that the rise of AI has increased dramatically over the past decade. Spanning from lifestyle, education and healthcare there is not a sector that isn’t considering the benefits of the technology.

Focussing on the health care sector, AI has huge promise, from accurate diagnosis, finding obscure ailments to reducing the pressure on NHS staff. Despite the optimism around AI, a recent report from the WHO highlights the importance of not overstating the benefits.

Additionally, there are concerns around unethical use of personal data, cybersecurity and the impacts it will have on the environment. The report that makes these suggestions is the accumulation of two years of work conducted by a panel of experts around the world, all of which have been appointed by WHO.

Director General at the World Health Organisation explained: “Like all new technology, artificial intelligence holds enormous potential for improving the health of millions of people around the world, but like all technology, it can also be misused and cause harm.” said Dr Tedros Adhanom Ghebreyesus. “This important new report provides a valuable guide for countries on how to maximize the benefits of AI while minimizing its risks and avoiding its pitfalls.”

AI – A cybersecurity threat or the next big thing?

In the foreword, Dr Souyma Swaminathan epitomised the buzz surrounding AI in health. “Artificial intelligence has enormous potential for strengthening the delivery of health care and medicine and helping all countries achieve universal health coverage.”

However, the new report published by the WHO cautions against such optimism as there are many barriers to overcome before implementation can be successfully rolled out globally.

Does new tech acknowledge the environment?

One thing that is not associated with new technology is the impact this has on the environment. Instagram, Facebook and Twitter have all fallen foul to recent negative reports of the impact social media has on people’s carbon footprint.

This report highlighted the importance of recognising ‘cloud footprints.’  Responsiveness also requires that AI technologies be consistent with wider efforts to promote health systems and environmental and workplace sustainability.

“AI systems should be designed to minimize their ecological footprints and increase energy efficiency, so that use of AI is consistent with society’s efforts to reduce the impact of human beings on the earth’s environment, ecosystems and climate,” Dr Swaminathan added.

The use of deep learning models in AI has been scrutinized for its impact on climate change. Researchers at the University of Massachusetts Amherst, USA, found that the emissions associated with training a single “big language” model were equal to approximately 300,000kg of carbon dioxide or 125 round-trip flights between New York City and Beijing.

A single training session for another deep-learning model, GTP-3, requires energy equivalent to the annual consumption of 126 Danish homes and creates a carbon footprint equivalent to travelling 700 000 km by car. All the infrastructure required to support the use of AI has an additional carbon cost.

Cybersecurity is also a major global issue at the moment. From constant ransomware attacks in the US to data breaches in the UK, it has never been more of a dangerous digital environment.

WHO voiced their concerns with cybersecurity within the article. “As health-care systems become increasingly dependent on AI, these technologies may be expected to be targeted for malicious attacks and hacking in order to shut down certain systems.” 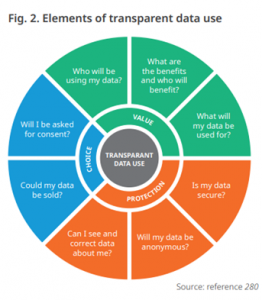 The same potential issues are echoed when it comes to the use of our personal data. Current GDPR laws are not necessarily fit for purpose when considering how vast amounts of data will be autonomously stored.

Healthcare is a big business, with approximately 10% of global gross domestic product coming from the sector. This means hackers will be looking for weaknesses in algorithms that are largely independent of human oversight. Third parties will be looking to tap into loose data laws to access tonnes of metadata.

While it is important to remain optimistic about technology and not add to the fear factor that naturally surrounds AI, it is equally important to establish the restrictions to AI when building it, rather than when it is built.